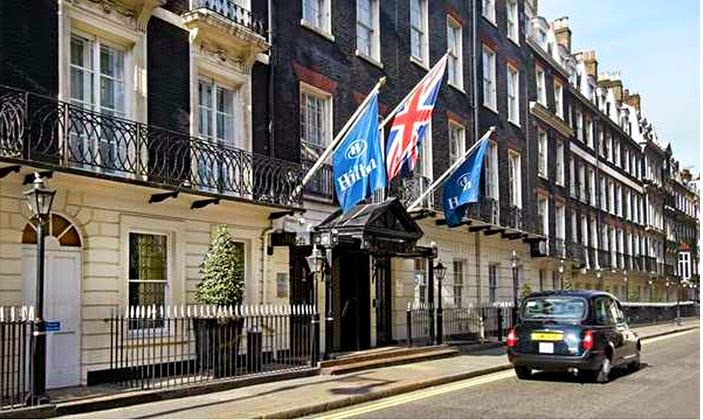 Chocolate afternoon tea at the Tiger Brasserie Hilton Green Park.  Bought on an offer £39 for 2.    Usually £34 a head.

We tea ladies love chocolate almost as much as we love tea.  We have already tried one “Chocolate afternoon tea” which was a little disappointing in it its lack of chocolateyness (it's a word, honest), so we were hoping that the Hilton would give us the full choccy hit.
The room is a cosy hotel bar, with comfy seats and unobtrusive music.  The staff were charming and friendly.  We were brought a selection box of loose leaf teas to choose from and were encouraged to smell them to make our choice. 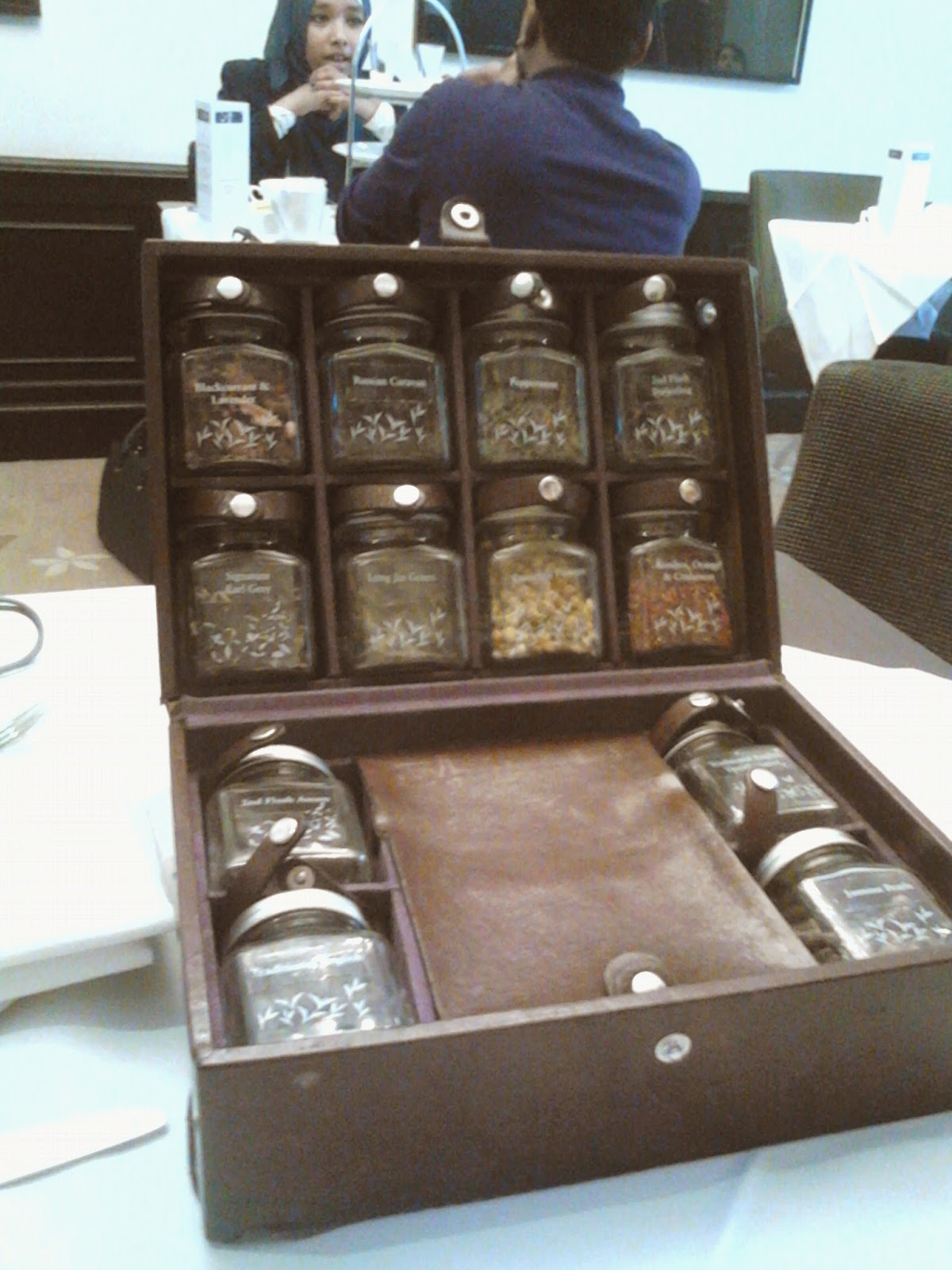 Although the selection of teas was small, refills were offered, and we could choose a second tea if we wanted, so Charlotte had Green Long Jin and then a Jasmine Pearl, both were good.  Mo had Darjeeling followed by Earl Grey with Lavender.  The latter was a bit odd, the flavour didn’t quite work.  Dave (deputising for Caroline) had Russian Caravan followed by Rooibos with Orange and Cinnamon which smelled amazing.  The teapots were rather clever - they came with a built-in gadget to lift the leaves out of the water. 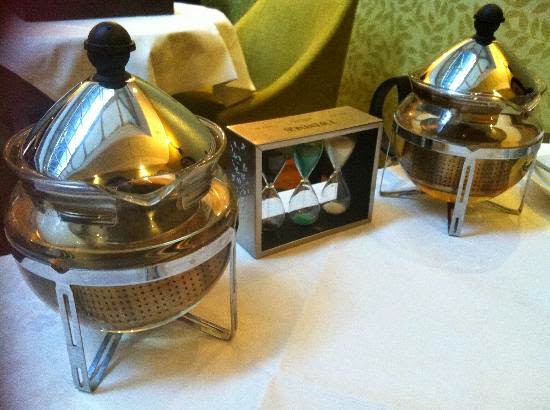 We were also given a Twinings tea-timer set so we could brew our teas for the correct amount of time, which was a nice touch.  24/30
We were told upfront that we could have refills of the sandwiches for £3.50  each, which, while not as good as the endless free refills at more expensive places, was a good compromise.  However, we were only given 4 finger sandwiches each, which seemed a bit poor for the only savoury course.  The selections were Egg and Cress, Chicken and Mustard, Cucumber with a hint of mint and Smoked salmon.  A fairly traditional selection, quite basic but done well with good, consistent fillings.  The bread was a bit of a let-down as it was just a standard sliced bread but the overall quality was decent.  17/30
The scones were fresh and served warm – one plain and one chocolate chip, in-keeping in with the theme.  They were quite small and a little overbaked and the chocolate chip one was a little stodgy.  The jam was good but the cream was whipped – not clotted!  We would have liked to see some chocolate spread alongside the jam, we feel they missed a trick here.  18/30 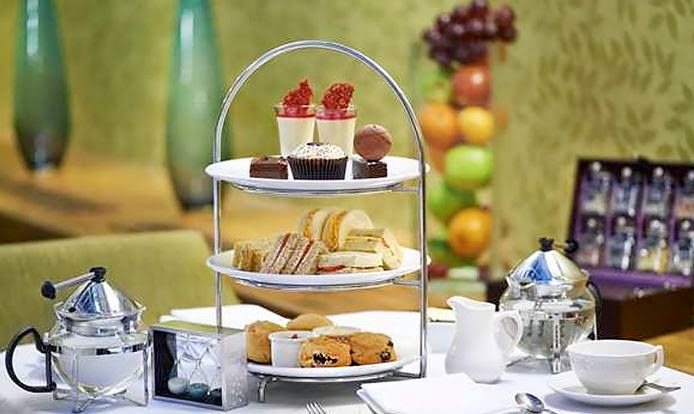 The cakes fitted in very well with their theme, as they all contained chocolate in some way.  There was a chocolate macaron, an éclair with chocolate cream filling, a chocolate cupcake, brownies and a white chocolate and raspberry pannacotta. There was also a little packet of chocolates for us to take home, with a discount voucher for dinner there, which was a nice touch.  The quality of the cakes in general was excellent, and the chocolate éclair was especially good, We were very happy that they had stuck to the theme at the same time as providing a varied selection.  This was definitely our favourite course.  27/30
Overall, we enjoyed this afternoon tea experience.  The ambience was good, the service was friendly and unobtrusive and there was no sense of being hurried so we had time to enjoy ourselves.  We probably wouldn't pay the full value for it (£34), as it's not really at the high end of afternoon teas, but if you can find a good deal for it, then it's well worth it. We wouldn't say that this was a venue for a special occasion, but definitely a nice place for an afternoon with friends, especially if they're chocolate lovers.

Posted by Afternoon Tea Ladies at 11:17