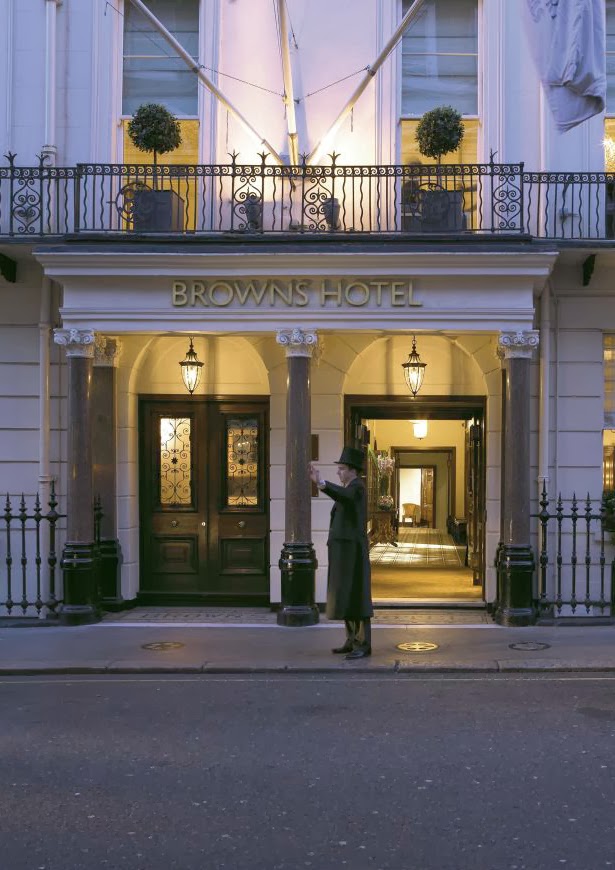 Back in August, Mo chose to go to Brown's Hotel in Mayfair for her birthday afternoon tea.  Brown's Hotel was the place of choice for Miss Marple when staying in London, so we were a bit disappointed not to see any little old ladies knitting in a corner of the tea room.  Aside from that minor point, the setting for the tea was very pleasant.  Their tea lounge is a large, busy but quiet room just off their reception.  The tables are mainly surrounded by low sofas and armchairs with plenty of cushions, and very conducive to relaxing while you enjoy your meal. 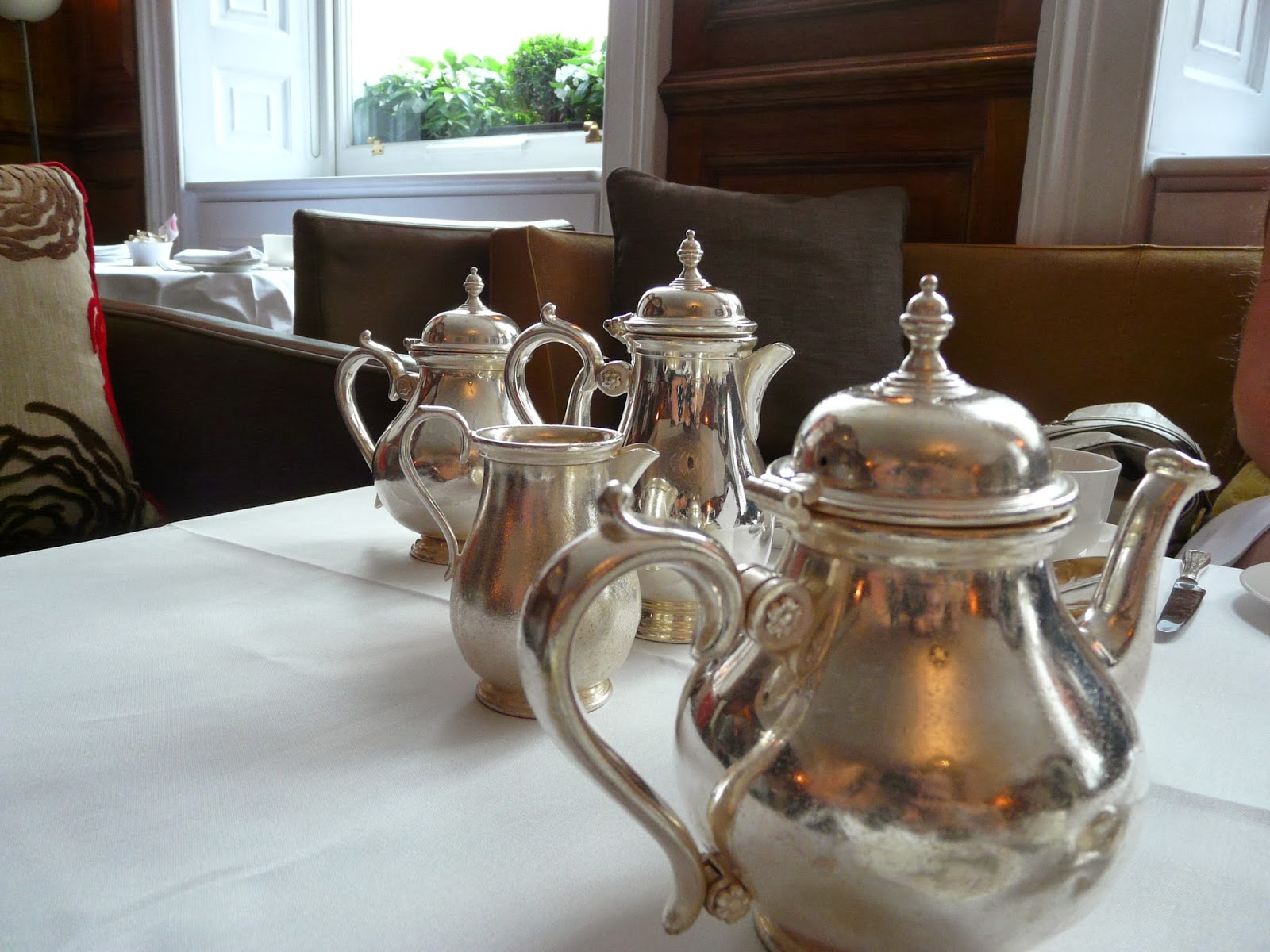 Brown's tea menu is an interesting one, as they have their own 'tea library' - a special selection of artisan teas that are slightly more expensive than the options on their standard tea menu.  Surprisingly, it was honorary tea lady Dave who chose one of these - the Nishi San first flush Sencha 2012, which came in a glass jar and drinking vessel specially made for the tea.  Mo chose the Afternoon Blend, Charlotte had the Oolong and Caroline had the Nilgiri.  We were allowed to choose a second tea variety once we had finished our first, and Charlotte chose the Dragon Well Green tea, Mo and Dave both chose the Assam and Caroline stayed with her first choice.  The selection was a good one but not large.  There were several black teas, but only one white, two green (one of which was jasmine) and one Oolong.  There was no Rooibos but 5 or 6 herbal/fruit teas to choose from.  Despite the slightly narrow menu compared to some of the places we've visited, Brown's scored highly for the tea because the quality was excellent.  In addition, there were unlimited refills, plenty of hot water, sugar cubes with tongs and polished silver teaware that was well-designed and didn't burn your fingers. 28.5/30 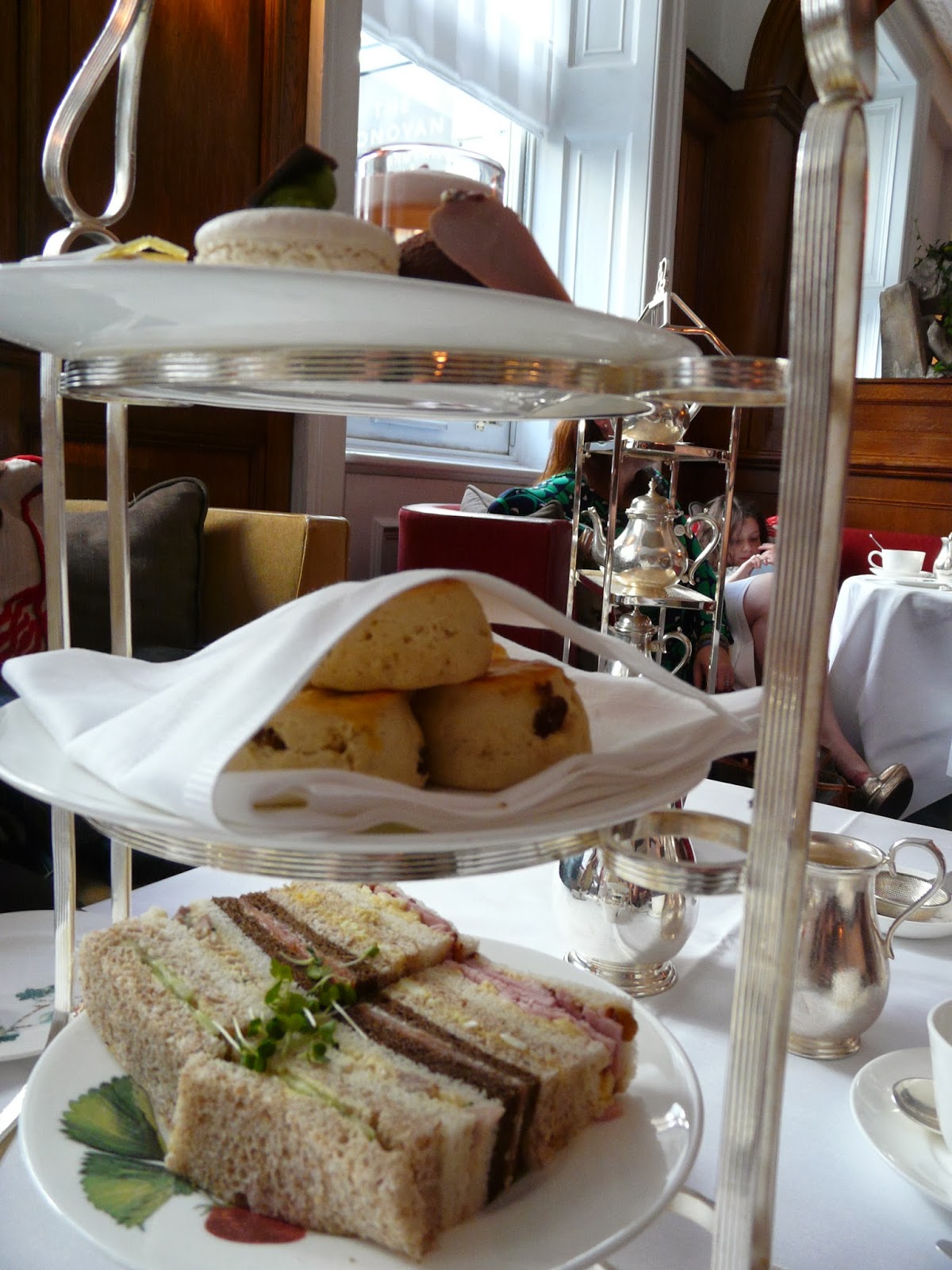 The sandwich selection was Egg and Cress, Ham, Cheese and Onion Relish, Jubilee Chicken (we're not entirely sure what this actually was), Cucumber with the rind cut off, and Smoked Salmon and Cream Cheese on rye bread.  The sandwiches certainly showed a good variety of choice, and we were pleased to see they came with different breads.  They was some randomness in how much filling there was but with unlimited refills, this wasn't too much of an issue. 28/30

The scones were small, with one fruit and one plain each but as many refills as needed.  They weren't served straight away and the waitress explained that this was in order to keep them warm.  When they arrived, they were wrapped in a napkin to retain their heat until we were ready for them.  They had a good texture and flavour, with a nice sheen on the top.  The strawberry jam was homemade with whole strawberries in it and had a nice sharp flavour but could have done with being less runny, as it was hard to keep it on the scones.  27/30

We were given miniature cakes on the cake stand, and also asked to choose one slice of either Cherry cake or Victoria sponge from the trolley.  The miniature cakes consisted of a chocolate bombe with vanilla crème filling and a banana sponge base, a strawberry fool with elderflower and champagne jelly, a raspberry tart, a green tea macaron and a lemon sponge cake.  Both the raspberry tart and the lemon sponge were disappointingly dry.  The macaron had a good flavour though, and the Cherry cake and Victoria sponge were light and well made.  There was a good variety in the cakes on offer, and the ones on the cake stand were a nice, dainty size. 28/30 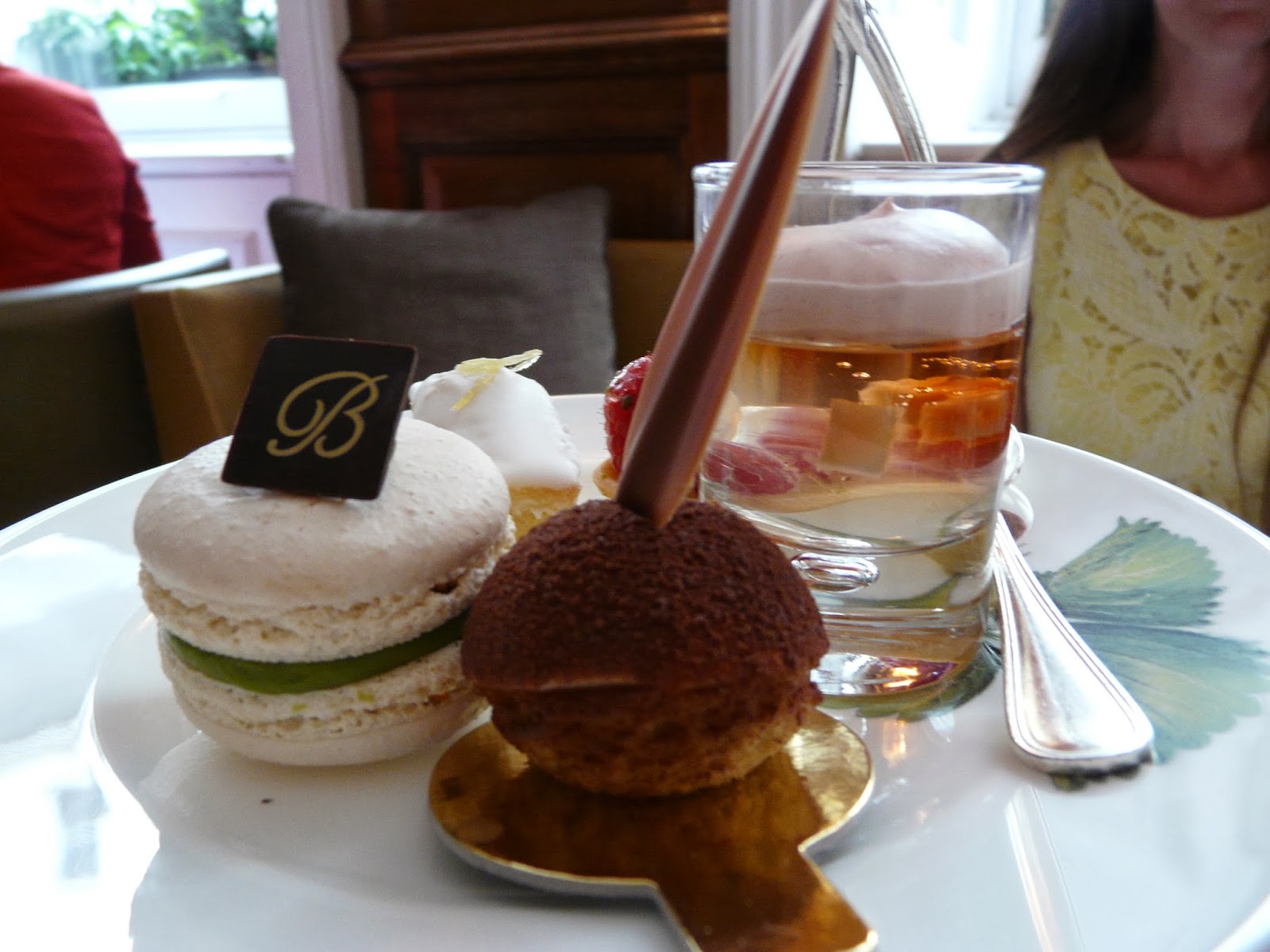 The service was excellent, attentive but not intrusive and the staff explained everything clearly.  We were also given samples of their Afternoon Tea blend to take away. The ambience was relaxing and even though the sittings were 90 mins, we were there for 2 hours with no hint of being required to leave (unlike our experience at the Ritz).  The only slight downside was the piano music which mainly consisted of Celine Dion and Andrew Lloyd Webber songs, but that seems to be a fairly standard selection for hotel pianists.

Overall, the experience was excellent.   The price is at the top end of the scale but with the quality and quantity of the food it's definitely worth it.  Brown's isn't quite as polished as Fortnum & Mason but easily better than the Ritz and the Savoy.  We would be happy to go back here for a special occasion.